Zhiming Wei (“WEI”) was denied permanent residence in Canada based on evidence, in part the contemporaneous notes, of an Immigration Officer (“Officer”) from Immigration, Refugees and Citizenship Canada (IRCC).

WEI applied as a member of the Self-Employed Person class, stating that he had a net worth of approximately $20 Million dollars. WEI noted that he was an experienced television producer, publisher, and director in China and planned to establish a company in Vancouver based on this experience. 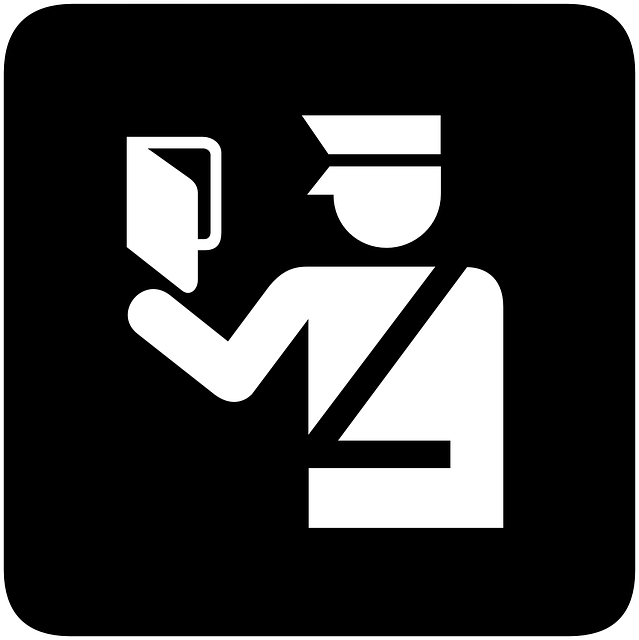 The “Officer found that the Applicant did not have a concrete business plan regarding his self-employment in his intended destination of Vancouver to meet the definition of a Self-Employed person.”

Also, the Officer was not satisfied that WEI “had relevant experience or that he had the ability and intent to make a significant contribution to specified economic activities in Canada”.

Being able to contribute significantly to economic activities in Canada is required by the Immigration and Refugee Protection Regulations (IRPR) to be granted permanent residence under the Self-Employed Person class.

Instead, the Officer “noted that it appeared that the Applicant would rely on assistance from friends and liaison companies to conduct his self-employment in Vancouver.”

WEI challenged this decision in court. However, Justice Annis dismissed the application.

Of significance was the justice’s consideration of the Officer’s notes in the decision.

Here are some key insights on why you should be keeping contemporaneous notes.

When a dispute arises between parties, contemporaneous notes detailing what happened will be relied on.

It is also important to remember that in many occupations, contemporaneous notes are expected and required.

These notes are often required since disputes can often end in court, and the court expects to be able to rely on the notes taken during or shortly after an event.

If challenged in court, one of the highest compliments you would want to hear would be the words of Judge Peter Annis in this ruling:

“[28] I completely reject any suggestion that the Officer did not appropriately discharge her duties in an independent and unbiased fashion interviewing the Applicant, or fail to take down accurate contemporaneous notes of the meeting upon which the Court may rely with confidence.” 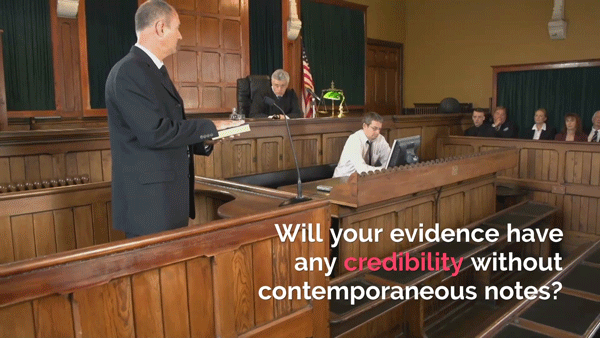 Detailed Contemporaneous Notes are vital to be seen as Credible

As mentioned numerous times in this ruling, the Officer in question took very detailed contemporaneous notes.

It is essential to realize there are two key elements in good notetaking.

Having detailed notes, in this case, was vital in supporting the conclusion of the immigration officer.

As written in this decision:

“[23] Generally, it is a very rare case where a highly self-interested applicant will be able to convince the court that a trained visa officer falsified records in his or her contemporaneous notes without very clear evidence to support the allegation. The court must defer to an employee who has developed an expertise in assessing these types of economic claims in terms of determining that there is insufficient persuasive evidence to conclude that there is a likelihood that the applicant will follow up on his business plans after obtaining permanent residency. To do otherwise would involve the court reweighing the evidence.”

The above excerpt clearly shows the value courts place on the testimony and evidence of the Officer. It also shows how the credibility of the Officer is essential to a smooth and efficient court system when dealing with immigration matters.

In this case, the Officer followed her training and produced detailed Contemporaneous Notes clearly outlining the reasons why WEI should not be granted permanent residence.

A key element to proving that notes are contemporaneous is proving when they were written.

However, PROVING when a note was written is not possible unless:

This is why MS Word and OneNote should never be used to write Contemporaneous Notes. 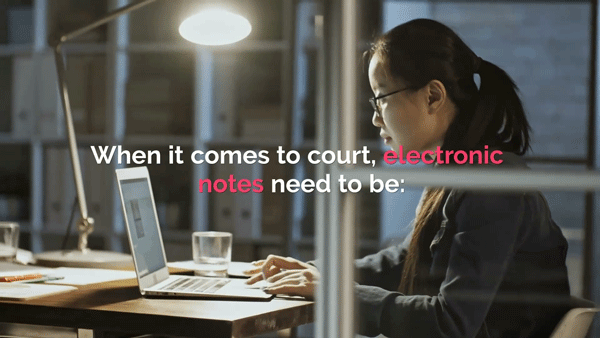 Both sides should have their own documented evidence.

Professionals and government employees are expected to keep proper documentation; those who find themselves in court should have documentation to help bring credibility to their claims.

In this case, WEI failed to provide documentation on the work he completed in Canada to support his application for Permanent Residence. Then in the courtroom, he only offered an affidavit of his recollections of the discussion with the Officer, which were not detailed.

In the decision, it was noted that:

Unfortunately, keeping detailed contemporaneous notes is not something most people think of doing until it is too late.

With Forensic Notes mobile (for iOS, Android, and web browsers), you can easily keep detailed contemporaneous notes while on the go.

Add documents, emails, photos, videos, or dictate or record audio notes at the time or shortly after any

Forensic Notes is easy to use and ensures you can PROVE your detailed notes are contemporaneous. 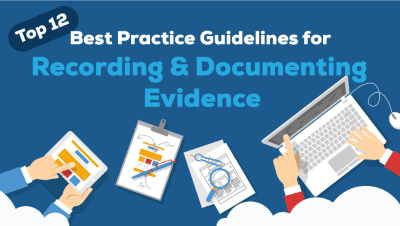 Quora Post: What do I have to prove in order to prove harassment at the workplace

What do I have to prove in order to prove harassment at the workplace (not sexual harassment)?

Recently, Forensic Notes posted the following answer on Quora at:

In order to prove harassment at the workplace, you must fully understand what harassment is. 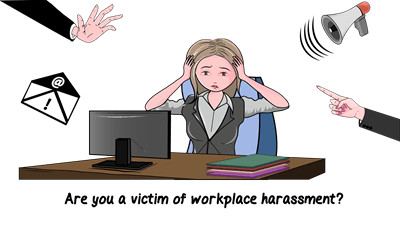 Workplace Harassment encompasses a wide range of unwelcome conduct that a reasonable person would consider inappropriate.

Behaviors can be unlawful when an employee has to endure offensive conduct that:

Usually the employee who feels that he or she is being harassed would have made it clear that such behavior is unwelcome and inappropriate and asks that it be discontinued.

Workplace harassment can be physical, psychological or both.

In order to Prove Workplace Harassment, you should

The last one is especially important in cases where the harasser may be in a position of power (manager) or have the technical skills and knowledge to quickly find and delete any evidence you may have put together.

There are 3 Key Elements to Having a Legal Case should you decide to sue the person or organization.

Further details and information can be found within our Workplace Harassment article.

If you would like to document online, we offer a free service for anyone that has been harassed at work.

We believe that by working together, we can hopefully put a stop to workplace bullying, discrimination and harassment.

Quora Post : How do I deal with bullying and harassment in the workplace?

How do I deal with bullying and harassment in the workplace?

Without proper documentation, it will be your word versus the bully.

The problem with this is that bullies can often be very convincing if you have no witnesses or information to back up your claim, especially if they are in a position of power or have more seniority than you within the organization.

Many experts in bullying agree with the need to document including Dr. Renee Thompson who is an expert in handing Nurse Bullying within hospitals and medical facilities. Recently, she wrote a Nurse Bullying article for Forensic Notes stating the following:

Every time a nurse shares his/her bullying story with me, I ask this question:

“Have you documented your experiences?”

In most cases, the answer is no.

Dr. Renee Thompson goes on to discuss the importance of documentation and how this recently helped one nurse she was mentoring win a legal case due to bullying within her work environment.

The reason why documentation is so important is because of the environments we work in. As someone being bullied, you may be in a situation where a group is targeting you. Although it may seem like a large group of people, in reality it is normally a single person in the group that others are simply following either due to the seniority of that individual or due to fear in being a target themselves if they speak up.

An excellent article about this herd mentality can be found on Nurse Keith’s Blog.

“This is the herd mentality at its worst, and many novice nurses are taken down by bullies and power-hungry colleagues who eat them alive when they’re demonstrating the slightest weakness.”

Once you properly document the incidents occurring, then you have more options in dealing with the situation.

This may include contacting your Human Resource department, EEOC, employment lawyer or a local government agency set up to handle workplace issues.

If you would like to document online, we offer a free service for targets of workplace bullying. We believe that by working together, we can hopefully put a stop to workplace bullying, discrimination and harassment.

My boss is being investigated for workplace harassment; how should I be documenting incidents in order to protect myself?

Recently, Forensic Notes posted the following answer on Quora at:

Both George and Susan offered good advice in documenting everything in a journal.

The ‘email hack’ for timestamping journal entries can work, but it’s not foolproof and could result in a crafty defense lawyer requesting access to your personal email account to ensure that the email was in fact received on the date you state it was.

The defense lawyer could argue that any printouts could have been modified or altered.

This can lead to unneeded stress and headaches for yourself especially if access is granted by the courts to your personal email account.

An important point to remember, you should never use work email to document any workplace incidents. Technically the organization owns the email and therefore can delete and remove it at any point which would leave you without any evidence.

This is why we offer our note taking application for free to targets and victims of workplace bullying, harassment and discrimination.

This allows you to properly journal the incidents and then provide a PDF Printout that can be easily validated to be genuine and authentic if required.

Each note is Digitally Signed and Timestamped by an Independent Time Stamping Authority (TSA).

In addition to our free application, we also offer articles on workplace harassment and bullying.

By working together to combat workplace bullying, we can provide better working conditions in the future.

What is the EEOC?

The Equal Employment Opportunity Commission (EEOC) is a Federal agency in the United States which enforces employment laws.

The agency was established by the Civil Rights Act of 1964 with the task to enforce a variety of anti-discrimination laws.

The EEOC is often the place of first recourse when they have a grievance against an employer.

An employee must go through the EEOC and/or their state counterparts before trying to sue for discrimination in Federal court.

An employee can file a complaint with the EEOC against their employer if they believe they have been discriminated against on the basis of a variety of factors.

In Canada, the appropriate organization depends on who the employer is.

If it is the Federal agency or a workplace regulated by the Canada Labour Code, then workers are covered under the Canadian Human Rights Act, while others recourse to their Provincial or Territorial labor rights agency.

What is the EEOC? – Video Script:

Are you being treated unfairly at work?

Do you feel like your manager or co-worker is targeting you by making discriminating comments about your age, sex or ethnic background which has you feeling upset and emotionally drained?

Workplace discrimination can stop you from promotions, higher pay and the career you deserve.

Over the last 10 years, the Equal Employment Opportunity Commission, which handles discrimination cases in the United States, has received over 91,000 individual charge filings per year.

Simply put…you are not alone!

Understanding how the EEOC operates is key to knowing how to handle workplace discrimination.

Once you understand your options and the mistakes to avoid when dealing with the EEOC, you will greatly increase your chances of a successful outcome.

Fulfill your career aspirations to work in a positive and supportive work environment.

Everything you want to know about the EEOC and EEO can be found here, including: 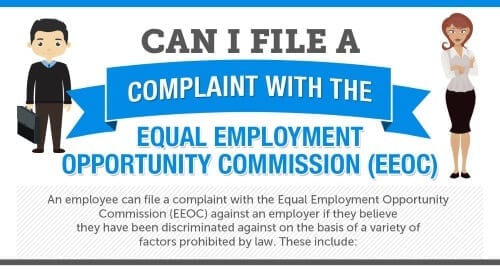 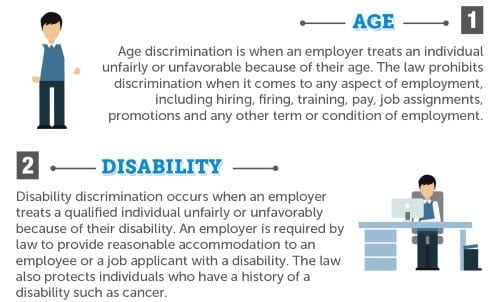 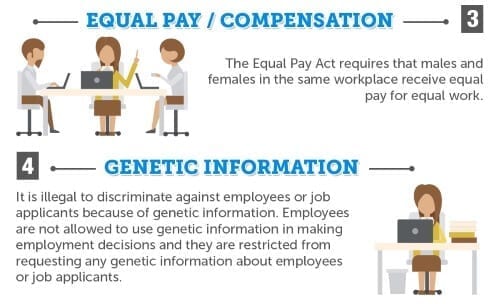 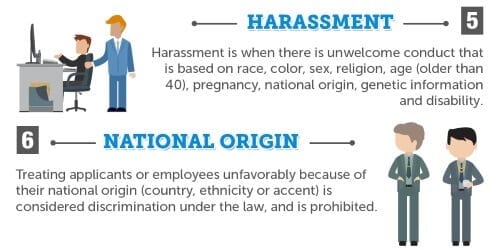 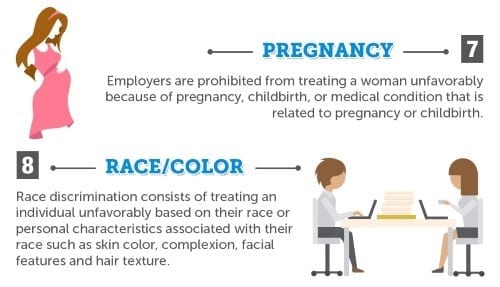 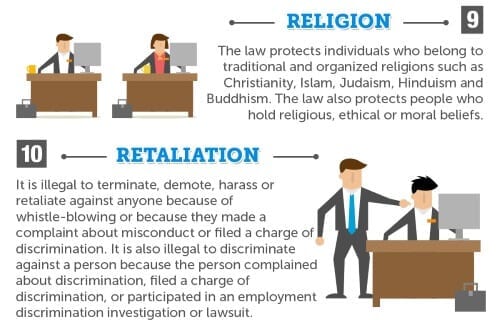 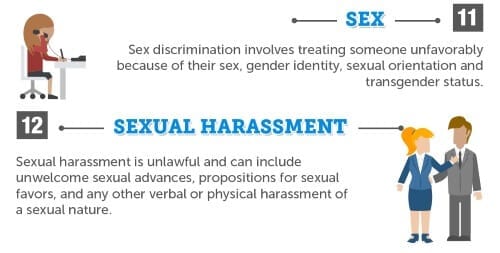