Contemporaneous Notes as Evidence – Not Just for FBI Directors

Imagine the impact making your own contemporaneous notes could have on your life.

If you have been following the news over the past year, then you’ll know that President Trump fired FBI Director Comey and now FBI Deputy Director McCabe.

McCabe was fired less than 2 days (26 hours) before his retirement from the Bureau which could cost him his federal pension.

What has the media abuzz though, is what secrets might be contained in the memo’s, believed to be contemporaneous notes, written by James Comey and Andrew McCabe.

McCabe is believed to have given his memos about conversation he had to President Trump regarding alleged Russian meddling in the 2016 election to special counsel Robert Mueller. Mueller is a former FBI director and currently leading the investigation. (source) 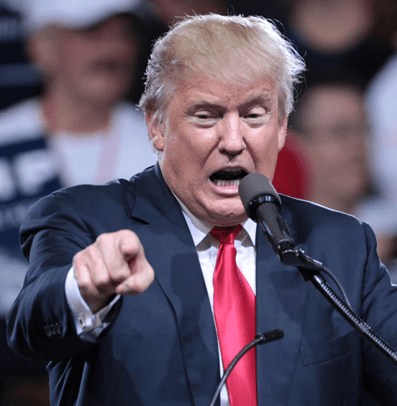 The Hearing was broadcast live by major television networks including ABC, CBS and NBC.

CNN called this the “Washington’s Super Bowl” and “Comey-Mania”!

Apparently, Comey documented a conversation with President Trump prior to being fired. This ‘contemporaneous note’ may call into question the real reason for the firing which has resulted in many asking the question “Where is the Comey memo?”

Just the possibility of this note illustrates what is so powerful and unique about contemporaneous notes.

The reality is, many disputes in life boil down to an “I-said, you-said” situation.   Who will people believe?

Even if both sides are trying be truthful, people often have inaccurate memories of what really happened.

Our memories are fragile and not always reliable.

Numerous factors can negatively influence our memories, such as:

Documenting contentious issues contemporaneously is truly the best and most reliable method to capture and preserve your memory.

This is why contemporaneous notes have such authority in both criminal and civil court rooms.

Notes made at the time of an incident will always have more weight over faded or potentially ‘altered’ memories.

This is especially true when only one side of the dispute has written contemporaneously about the incidents as they occurred.

As an Employment Lawyer, I know that documentation is critical.

Whether we are discussing allegations of misconduct, concerns regarding poor performance, the investigation of harassment, or accommodation requests, cases will be decided based upon the evidence, and not necessarily the truth.

In order to put yourself in a strong legal position, documentation is critical. Otherwise, you expose yourself to unnecessary liability and cost. 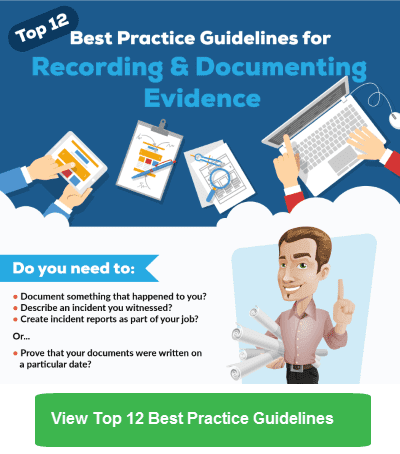 Not an FBI Director?
You can still benefit from writing Contemporaneous Notes

Newsweek has a great article that explores why contemporaneous notes are not just important for FBI agents, but also for you and me.

As pointed out in the article, “Almost any situation that might lead to a legal case is one where it is worth taking contemporaneous notes.”

Almost any situation that might lead to a legal case is one where it is worth taking contemporaneous notes.

What most people don’t realize is how many situations in life could lead to a legal case, and how contemporaneous notes could make a big impact on the outcome.

Think about some possible life circumstances that can unfortunately go wrong.

What if you had made detailed contemporaneous notes at the time of the incident?

Here are just a few examples of where detailed notes written contemporaneously could help you with resolving a dispute: 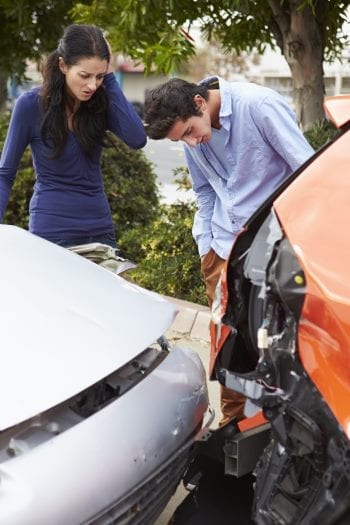 Don’t make the mistake of writing this information on a scrap of paper with no way to prove the date and time at which it was written. Learn how to take contemporaneous notes properly!

How to Take Contemporaneous Notes Properly

What the Newsweek article goes on to explain, is that regardless of how you take your notes, it’s essential they are timestamped.

Regardless of how you take your notes, it’s essential they are timestamped.

If you can’t prove the date/time you wrote something, how can it be considered contemporaneous?

If you can’t prove the date/time you wrote something, how can it be considered contemporaneous?

Contemporaneous Notes as Evidence in Court

A judge will likely weigh the authority of your notes quite differently if you made them a month after legal action has started.

In comparison, if you wrote your notes contemporaneously at the time when the incident occurred weeks or months before any legal action began, the judge will likely feel you were being honest during the writing of that note which will increase the credibility of the evidence you present.

How do you prove your notes were written contemporaneously?

Whether you are the FBI Director or someone who was just in a traffic accident, it’s essential that you take notes as soon as possible.

And your notes must be completed in a manner that allows you to prove later that they were contemporaneously written.

Imagine that you’ve just been involved in a motor vehicle accident caused by a careless individual. 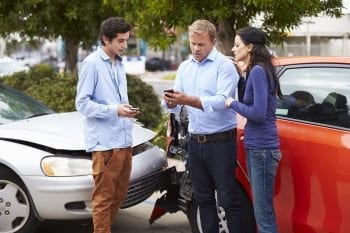 What if you could quickly make contemporaneous notes at the scene by:

Then imagine all your notes, photos, and videos being timestamped and automatically captured in an easy-to-download PDF document that you could provide to your insurance broker, law enforcement officer or possibly a lawyer.

Well with Forensic Notes, you can do all this and more!

How are Contemporaneous Records created with Forensic Notes?

Forensic Notes creates a PDF document which is known as a Forensic Notebook. Each individually timestamped note you create is included within this Forensic Contemporaneous Notebook so that your evidence can be presented as needed.

Just think, five minutes of your time documenting with Forensic Notes at the scene of the accident could save you years of headaches and thousands in legal fees or additional insurance costs.

Forensic Notes may not be able to prevent unfortunate things from happening, but it can help ensure that when and if they do, you’ll be able to clearly explain your side of the events with credibility.

What did it contain?

And can he prove when he wrote that note contemporaneously after the meeting?

He could if he had been using Forensic Notes!

Document everything with Forensic Notes.